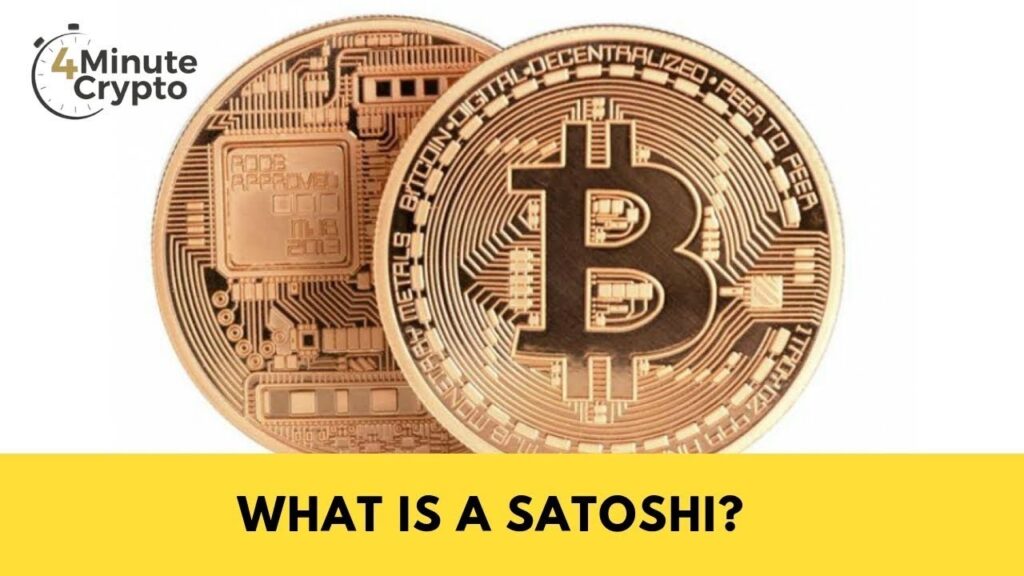 In today’s world we are getting more and more involved with cryptocurrency and more and more people that we know personally are investing in it. When you want to start investing in crypto, it’s helpful if you know a thing or two about it. Also, knowing about different currencies is a must if you want to participate in the crypto community. Especially bitcoin and it’s smaller units. Therefore, in this blog we will explain to you what atoshi is, one of the cryptocurrencies and it’s good to read this article if you want to know more about this subject.

The name satoshi, where does it come from?

Like many other cryptocurrencies, the name doesn’t come out of nowhere. Satoshi is named after Satoshi Nakomoto, one of the founders of bitcoin. This person carries a mystery with him, because he is anonymous. Under Satoshi Nakomoto’s name, the book was released in 2008 which started the unwinding of bitcoin. This book is called “Bitcoin: A Peer-to-Peer Electronic Cash System”. The mystery of Satoshi Nakomoto is that no one really knows who it actually is or if it is a real person at all.

So what is a Satoshi? Well, the satoshi is the smallest unit of the cryptocurrency bitcoin. One satoshi is equivalent to a hundred-millionth of a bitcoin. So bitcoin has been broken down into other smaller units because one bitcoin naturally comprises a lot of money. So in order to make smaller transactions easier, smaller units of bitcoin were created, including the satoshi, which is the smallest denomination of bitcoin. So we now know that a hundred-millionth of a bitcoin is the satoshi, but now let’s put it a little bit more into practice. So a bitcoin is worth a lot of money and therefore divided into smaller units for smaller transactions. Say you want to buy a product that is $100, you would pay 0.00210028 bitcoin for it. With satoshi, this is easier because it would be 210,028 satoshi. So it’s easier to use for smaller transactions.

How can you buy satoshi?

So how exactly can you buy satoshi? Actually, it works like any other crypto currency. You exchange your money and get satoshi in return. So you can buy it on an online cryptocurrency exchange. On these kinds of markets you often find other currencies as well and there you can also sell the crypto again. But all this is only relevant when you have enough knowledge about it!